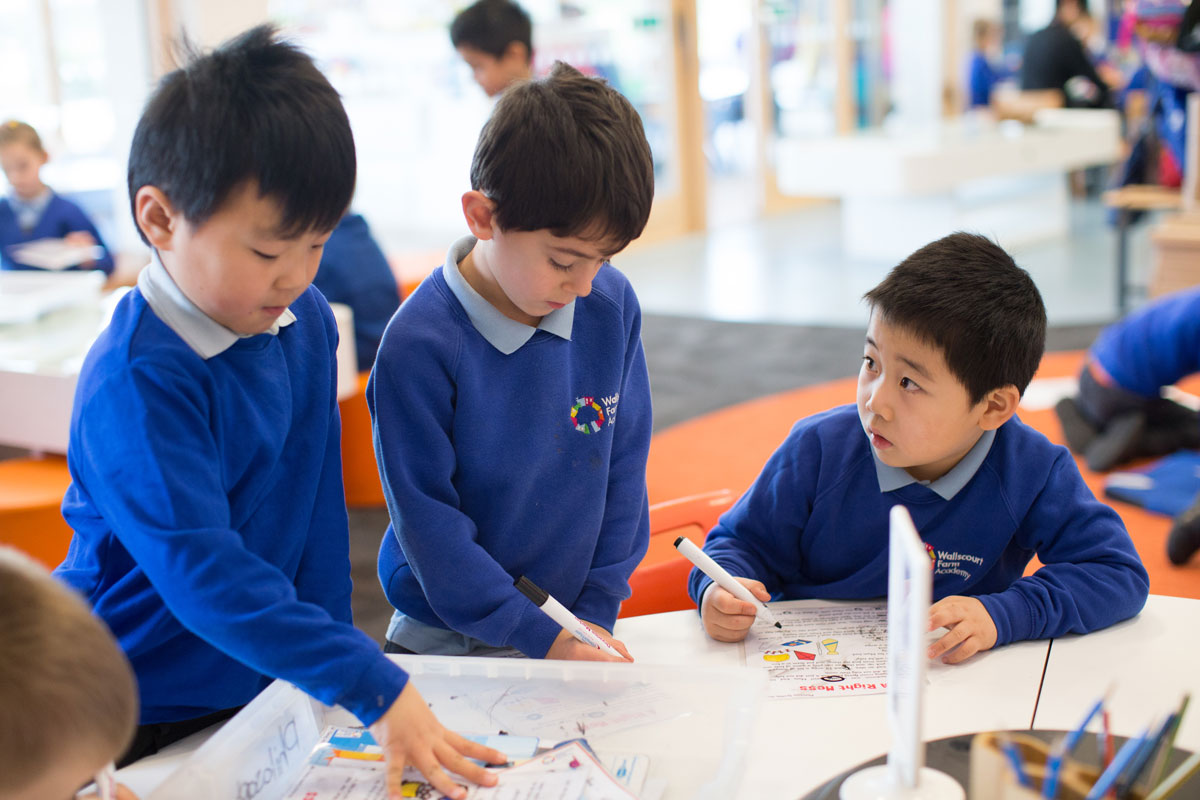 At Wallscourt Farm Academy we know that Safeguarding Children and Young People is of paramount concern and we are clear that this is a shared responsibility for everyone within and beyond the school. If you have a concern that a pupil is being harmed, is at risk of harm, or you receive a disclosure (i.e. a pupil talks to you intentionally or unintentionally and tells you confidential information) you must contact one of the following staff members as soon as possible via the confidential email [email protected]  or by calling the school.

The governors and school staff team are committed to keeping our children safe and we regularly review our school policies and procedures to ensure that everything is being done to fulfil our duty of care. All staff are familiar with the government’s guidance for schools – Keeping Children Safe in Education
Our school policy is part of a central CLF Safeguarding Policy

We are an equal opportunities employer. At least one member of every interview panel has had Safer Recruitment training. All offers of employment are subject to a disclosure and barring check (DBS), medical clearance and satisfactory references.

At Wallscourt Farm Academy we aim to equip our students with the knowledge, understanding and skills to use information and communication technology creatively and purposefully. A key aspect of this lies in being digitally literate. Online technologies play a huge role and so providing a broad and balanced e-safety education is vital to ensuring that students can navigate the online world safely and positively.

Prevent is about safeguarding people and communities from the threat of terrorism. Prevent is 1 of the 4 elements of CONTEST, the Government’s counter-terrorism strategy. It aims to stop people becoming terrorists or supporting terrorism.

Incidents of extremism and radicalisation are rare and as such when they do occur, make the news. As with all safeguarding issues, it is important to be vigilant, and not complacent, but also not to panic.

What is extremism and radicalisation?

Prevent defines extremism as: “vocal or active opposition to fundamental British values, including democracy, the rule of law, individual liberty and mutual respect and tolerance of different faiths and beliefs. We also include in our definition of extremism calls for the death of members of our armed forces”

Radicalisation is defined by the UK Government within this context as “the process by which a person comes to support terrorism and extremist ideologies associated with terrorist groups.”

We live in a wonderfully diverse world, with both differences and similarities to celebrate. Exploring religious and different social beliefs, in a peaceful and non-violent way, is part of growing up and should not be confused with something more sinister. The best way to PREVENT extremism and radicalisation is by open discussion and increased understanding of each other.

If you have any concerns that someone you know may be at risk of radicalisation, please contact the local police on 101.

Female genital mutilation is the mutilation of the external female genetalia for non-medical reasons. It is often referred to as female circumcision, ‘cutting’ or ‘sunna’.

Female Genital Mutilation (FGM) is child abuse and an extremely harmful practice with devastating health consequences for girls and women. Some girls die from blood loss or infection as a direct result of the procedure. Some women who have undergone FGM are also likely to find it difficult to give birth and many also suffer from long-term psychological trauma.

If FGM is committed against a girl under the age of 16, each person who is responsible for the girl at the relevant time is guilty of an offence.

If you are worried that this might happen to you or someone you know, you can speak to a member of the safeguarding team in school. They will be able to help and support you.

Alternatively, you can report this abuse by contacting one of the following:

If you or someone you know is at risk
Contact the NSPCC anonymously if you’re worried that a girl or young woman is at risk or is a victim of FGM.

Sexual exploitation can take many forms from the seemingly ‘consensual’ relationship where sex is exchanged for attention/affection, accommodation or gifts, to serious organised crime and child trafficking. What marks out exploitation is an imbalance of power within the relationship. The perpetrator always holds some kind of power over the victim, increasing the dependence of the victim as the exploitative relationship develops.

Sexual exploitation results in children and young people suffering harm, which can cause a significant damage to their physical and mental health. Whilst some children can be supported to make a recovery, others may suffer serious life-long impairments which may, on occasion, lead to their death.

Any child or young person can be a victim of sexual exploitation, but children are believed to be at greater risk of being sexually exploited if they:

However, there are many more ways that a child may be vulnerable to sexual exploitation and the signs that a child is being exploited are not easy to spot.

Signs of Grooming and Sexual Exploitation

Signs of child sexual exploitation include the child or young person:

This website uses cookies to improve your experience while you navigate through the website. Out of these cookies, the cookies that are categorized as necessary are stored on your browser as they are essential for the working of basic functionalities of the website. We also use third-party cookies that help us analyze and understand how you use this website. These cookies will be stored in your browser only with your consent. You also have the option to opt-out of these cookies. But opting out of some of these cookies may have an effect on your browsing experience.
Necessary Always Enabled
Necessary cookies are absolutely essential for the website to function properly. This category only includes cookies that ensures basic functionalities and security features of the website. These cookies do not store any personal information.
Non-necessary
Any cookies that may not be particularly necessary for the website to function and is used specifically to collect user personal data via analytics, ads, other embedded contents are termed as non-necessary cookies. It is mandatory to procure user consent prior to running these cookies on your website.
SAVE & ACCEPT
View the CLF Coronavirus Information Hub for the latest advice and guidanceView
+ +